in 2014 we started the spl1t series, a tape series with friends and musicians which we really really like. producing them ourselves, artwork concept by victor mazón gardoqui, silkscreen printing by jochen summer / rock is hell. edition of 100 to 150 copies, available at our shows and via the interstellar records mailorder.
http://victormazon.com , http://www.rockishell.com , http://www.interstellarrecords.at 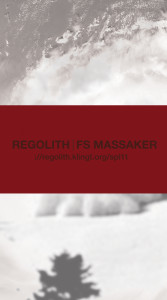 /A1 “again, moon bombing”
we’ve done this track for the “10 Jahre Bessere Farben – 10 Jahre Klingt.org” compilation, but as chaotic as we are, we sent them a wrong track. this track was our idea for the compilation and was used from stephan roiss on his album “&&&” (zach records) too.
/A2 “the day phoenix died on mars (kraut remix by nsa)”
this track should be original released by a split12inch with NSA which was never released and it’s a remix from ralf tronstoner aka NSA.
/A3 “c.a.s.s.i.n.i.”
impressive live recording snip from our show at the heart of noise festival.
/A4 “nibiru”
a track which should be released on the “tusch” compilation by schnapsidee records. another release which never happened. we took a cymbal hit (played by markus merzinger from kalmar, sensual love, delilah) and using filters, filters, filters, …
/A5 “radio signal detected by peter carlin”
another recording from our postcard session in 2012, which was a field recording on a boat which started to feedback acoustically on the inside as the “bora” storm trapped the boat. 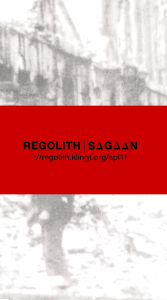 2 Track recording end of 2013 at sisi top studio / graz. sharing this tape with the masters of sound and medias SΔGΔΔN from spain, includes victor mazón gardoqui (the layouter of the spl1t series and I)