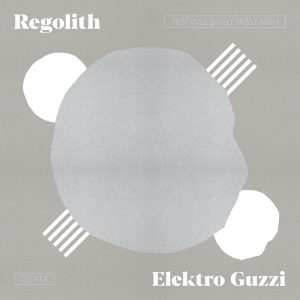 /A1 TB57 Will Safely Pass Earth

“TB57 Will Safely Pass Earth” is part of a recording from the show in D-Hannover @ oberdeck at may 26th, 2017. the show was heartly organized by Tom Smith and part of the europe tour with Cryptic Mantra and Living Temples. We are really proud of this recording, as it was a last show on this tour and the most magic one.
The split with Elektro Guzzi started as an idea over 4 years ago, originally should be released on Tape, but the idea to release it on vinyl on Interstellar Records. Darko Kujundžić made the artwork and silkscreen print, and the colour has special effects with light. This album is dedicated to our friend Huckey (1966 – 2018) 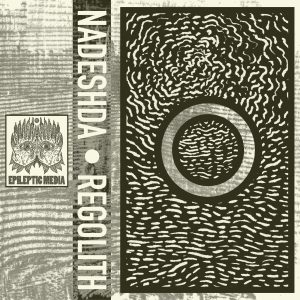 “neutrino” is a track we recorded into the sessions of our album “I” , we found this on our harddisc and starting the mixing process. it’s finally released as a split with Nadeshda from austria. The artwork is done by Andreas Haslauer aka Nadeshda, next to the duplicating and releasesing on his label Epileptic Media. 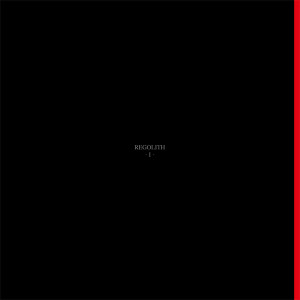 for the first time in their decade-long history, regolith are going the distance. After a plethora of quality split tapes and compilations, rock is hell records is gearing up to finally release their very first full length. no more (and no less) than four tracks will make up the double album titled “I” (to be read as the roman numeral for “1”). regolith know precisely how to utilize the epic format of the pieces on this album. time is on their side. the interlocking of dense sonic aesthetics and compelling compositional narratives – the duo’s strongest feat – comes into full effect on “I”.
christian zollner (koma elektronik / berlin) and richie herbst (interstellar records / graz) have filled the grooves of this record with electronic dismalness. a hollow inferno here, a pulverized tonal massif there. a lot of silver and even more black. long and winding paths lead the listener to the drone. the calm is the storm. a hypnotic pulse slowly emerges from the static. thin veils crackle at the slightest touch. set phasers to gloom.
as soon as the first battle is in the books, the second commences. until dawn reaches the engine room. when consciousness is retained, all will be dipped in red. and it will be quieter than silence.
home-made devices, analogue modular synths and effects galore. regolith are tech freaks but aren’t bound to the nerd level. to a greater degree, they use their capabilities to substantially create, to spontaneously mould concise landscapes, to de-construct and explore harmonies and to improvise striking sound art. inhale “I”. (stephan roiss) 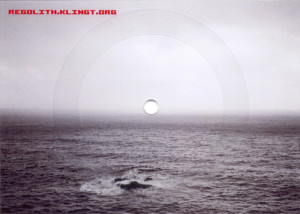 recorded at the adriatic sea in summer 2011 by regolith.

no instruments used, no overdubs.

edited in autumn 2011 @Sisi Top in Graz by frente & regolith 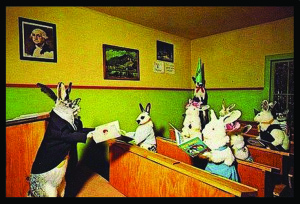 /A1 “lunar embassy”
first track ever recorded, end of december 2007, basic recordings at zauner elektronik / berlin and at the KAPU studio / linz with darth vader. a remix of this track by NSA was released 2008 at the “einfrieren” compilation from KAPU feat. artists and friends from linz like valina, tumido, menkillingmen, fuckhead, texta, …

/A2 “u.s.t.b.” (united society of true believers)
in 2009 armin steiner from thilges3 and metalycée lived in linz for a couple of months. we recorded u.s.t.b. together at the KAPU, recorded the synth via bass amplifier as loud as possible. was a wonderful time to jam weekly.

/A3 “the day phoenix died on mars”
one day after the robotic spacecraft phoenix lost its signal on mars, we finalized recordings of this track. we were using a sample from olyvetty’s album “as all-encompassing as a hole”. should originally be released on a split 12inch with NSA but time was running and we and nsa will record a new album.

/A4 “the day phoenix died on mars (flo’s subject vienna mix)”
we really like the vienna based dj collective ‘command your soul’. flo lachinger has done a really fine reinterpretation of the original. finalized in the end of 2010. thank you flo!

/B1 “live at A-LINZ @ liwoli 2010”
on april 4th 2010 we played a show as part of the liwoli (linux wochen linz) at rother krebs in linz. we shared the stage with iohannes m zmoelnig (a) and jan-kees van kampen (nl) that night. this track was also released in the jukebox of our host klingt.org. livesound by armin lehner.

a good possibility to say thank you to a lot of fantastic/fanatic people for supporting us over the years and/or cooperating in the past and future: wolfgang ofner, ushi reiter, stwst, stephan roiss, stefan kushima, ralf tronstoner, nik hummer, michi mbuh, markus decker, kapu, flip kroll, david vanzan and of course rock is hell, na woat na and interstellar records. big sorry mr. david reumüller for the ringing in your ears. 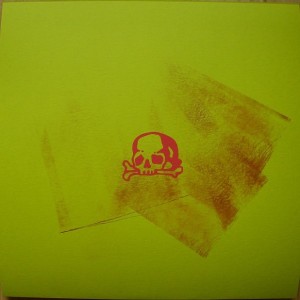 recorded by Regolith, mastering by Bernd Herinrauch, layout by NoOne. 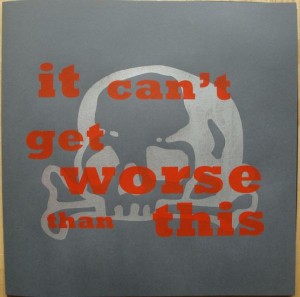 recorded by Regolith, mastering by Bernd Heinrauch, layout by NoOne.

/A8 “black hole sunn O)))”
“rock is hell record is proud to announce its 50th release. a very special sampler with 50 (!) tracks from well known musicians and artists from austria that have already been on rock is hell or have been long time friends with us…
anyway, 50 tracks, 50 locked grooves, loops and a few songs running from the inside out. this record is not just great music, it is an adventure.
ENJOY!!!” 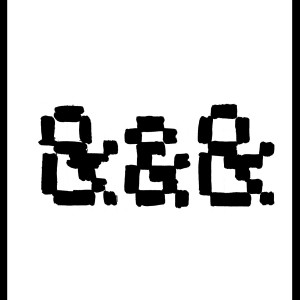 /04 STEPHAN ROISS &&& REGOLITH “fata”
originally we wanted to use this track for the “10 Jahre Bessere Farben – klingt.org” but sent the wrong track. as stephan roiss invited us be part on his new album, he used this track in a highly extended version with his vocals / lyrics. we really like it and julia hartig did a video about this track as well. 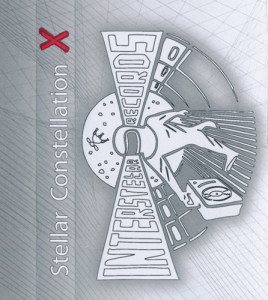 /B04 “the day phoenix died on mars (kraut remix by nsa)”
this track should originally be released as a 12″ split with NSA which was never released and it’s an amazing remix from ralf tronstoner aka NSA. 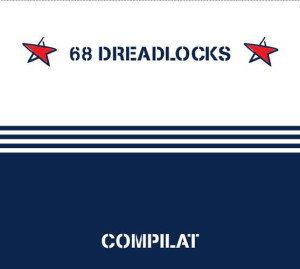 /5 REGOLITH “nobody needs you” (remix)

linz based punk-rockers 68 Dreadlocks had this idea of a remix release we were asked for contributing. we chose the song “anti social hate speech bastard” which we really like because it has great medlodies and lyrics which are against the curator of the european ‘capitol of culture’ which took place in linz 2009. in that very year this guy didn’t make too much stuff the right way. we edited the original files and recorded some new stuff at the zauner studio / berlin. the day before we visited a fantastic show of hilary jeffery’s tromboscilator and we were highly inspired by doing so, so we really liked the idea of minimalism and the power of deep frequencies. we share this release amongst others with members of fuckhead, merker tv and alice sitski. 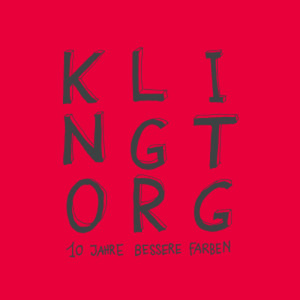 /1-12 “moon bombing”
our host & friends of klingt.org celebrated its 10th anniversary and the russian label mikroton recordings released a double-cd with 44 tracks / artists from the collective. our track “moon bombing” is an edit from our show on june 5th 2009 at the festival “power to the people” at vienna’s fine club tüwi. 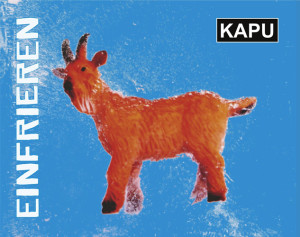 /2-04 “lunar embassy (remixed by n.s.a.)
the cultural club and venue KAPU, as the best club on earth, is our home base. okay, actually regolith was born at stadtwerkstatt in linz, but the KAPU was always the place we lived, drank, rehearsed, recorded. every now and then the KAPU did compilations in their past 25 years, whereas “einfrieren” is the last part of a trilogy which starts with “aufmachen” (1996) and “abtauchen” (2000). this compilations are a status quo about musicians and bands which gather around that place. as we checked it out, we figured out that we were the only band ‘not rockin’ (in a rocker way) or grooving and we didn’t like to be the classical outro-track. we had the idea that a remix would be a good solution and as we’re big fans of and good friends with NSA we asked him to remix our track. he did so and now we think it’s an amazing track. thank you NSA. more information about nsa http://nsa.cccp.at